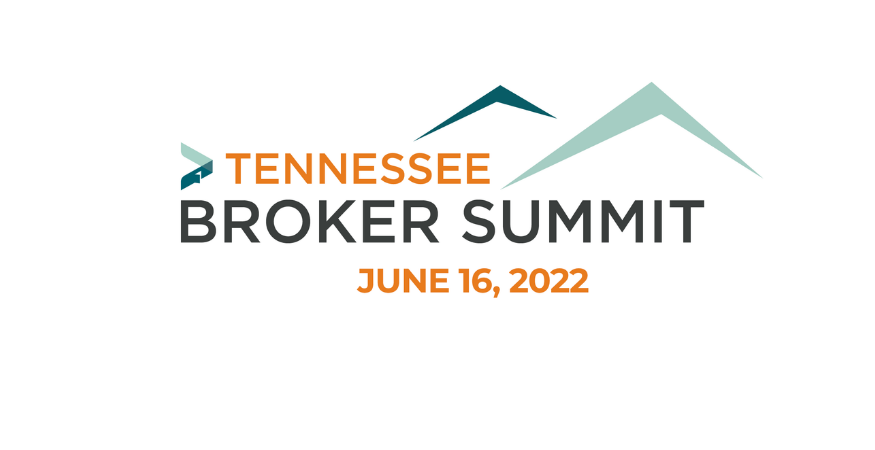 Please refer to the event schedule for each speaker’s topics, dates/times, and room locations. 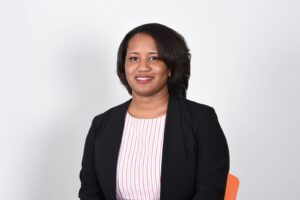 Brandi Snowden –  Director of Member and Consumer Survey Research, is part of the Survey Research and Communications group. She assists with the production and dissemination of survey research reports, as well as focusing on digital/social media maintenance and content creation. She also serves as a liaison between internal Research Department staff and non-members/consumers. Brandi has a Master’s degree in Urban and Regional Planning from Georgetown University, and a Bachelor’s degree in Sociology from St. Mary’s College of Maryland. 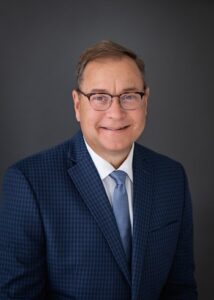 Scott Andrews – Scott is a 30+ year CRE veteran with an accomplished track record leading well over $1 Billion in development, acquisitions, dispositions, and leasing transactions primarily in institutional portfolios across multiple markets in a wide variety of asset classes including office, healthcare, industrial, retail, multifamily, and hospitality as well as mixed-use properties. He is a self-motivated, forward-looking professional with acute entrepreneurial and analytical instincts who brings servant-leadership to client engagements while remaining pragmatic and mission-focused. 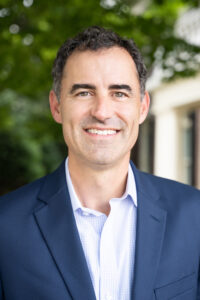 Hunter Connelly serves as CEO of Village Real Estate. Hunter has vast leadership and development experience as co-founder of Core Development and Evergreen Real Estate. Core Development focuses on the development and renovation of in-fill neighborhoods; Evergreen has developed a portfolio of over 5,000 apartment units throughout the Southeast. Hunter graduated from Sewanee: The University of the South with a Bachelor of Arts in Economics. Hunter and his wife Katty have four children. 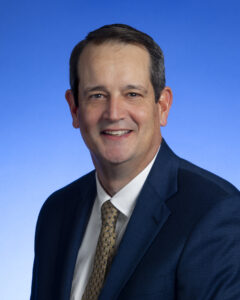 Governor Bill Lee appointed Dr. Jeff McCord as Commissioner for the Tennessee Department of Labor and Workforce Development in January 2019. Since that time under McCord’s leadership, Tennessee developed its first multi-agency comprehensive workforce development strategy, implemented multiple successful cross-agency workforce development initiatives, and grew apprenticeships to the highest level in over a decade.

Before joining the Department, Commissioner McCord spent several years in higher education primarily focusing on workforce development including leading the Regional Center for Advanced Manufacturing, a nationally recognized technical training facility; leading the development of Tennessee’s first registered apprenticeship program through a post-secondary institution; and serving as the lead administrator for the award-winning Kingsport Academic Village

Prior to his work in higher education, McCord spent over twenty years in business and industry holding a variety of leadership positions primarily in a fortune 500 company. He has specific experience related to corporate learning and development, organizational effectiveness, process improvement, and information technology. 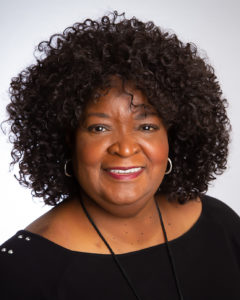 Regina Hubbard is a native Memphian and a graduate of Case Western Reserve University in Cleveland, OH. After taking an early retirement from a major corporation, she followed her husband, Lester Hubbard, into real estate.  Her professional designations include: ABR, Accredited Buyer’s Representative; AHWD, At Home with Diversity; E-Pro; ASP, Accredited Staging Professional; GRI, Graduate REALTOR Institute; RENE, Real Estate Negotiation Expert; C2EX, Committee to Excellence. She recently earned the Master GRI. And in 2002, she was chosen as Tennessee’s GRI Student of the Year. Regina was Principal Broker for Lester Hubbard Realtors for 13 years. She is currently affiliated with Fast Track Realty as a Broker/Trainer.

Regina has been involved with the Women’s Council of REALTORS® (WCR) for several years. In 2011 she was elected President of the Memphis Chapter. She has earned the WCR “Excellence in Service Award”.

In 2005 she was the National Association of Real Estate Brokers (NAREB), REALTIST of the Year and the recipient of the “A. W. Willis Award”.

As a top producer, she has earned Life Membership in the Memphis Area Association of REALTORS® (MAAR) and NAREB’S Multi-Million Dollar Clubs.

Regina is an active member of the Memphis Area Association of REALTORS® (MAAR). In 2005 she was elected Secretary/Treasurer of MAAR’s Board of Directors. In 2009 she was honored with MAAR’s most prestigious recognition, “REALTOR® of the Year”.  And in 2013, she was elected President of Memphis Area Association of REALTORS. Regina has served as a NAR Director and Tennessee REALTORS Director for several years. She has also served in Tennessee REALTORS® leadership as Division 1 Vice President and Treasurer. Regina was recently elected to the position of First Vice-President for Tennessee REALTORS®.  She is also currently serving on several NAR committees and was recently selected NAR Commitment to Excellence Ambassador for Tennessee.

She is a graduate of Leadership Memphis 2009 and Leadership TAR in 2012.  She is a recent recipient of “Diversity, Equity and Inclusion” certification from the University of South Florida.

In 2016 she was approved as an instructor by the Tennessee Real Estate Commission and currently teaches Tennessee REALTORS® and National Association REALTORS® real estate classes.

Her business philosophy is simply the Golden Rule,” Do unto others as you would have them do unto you.” 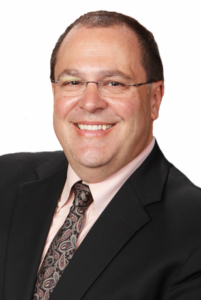 Since being appointed as Chief Executive Officer of the Arizona Regional Multiple Listing Service (ARMLS) in 2012, Matthew Consalvo’s determination and vision have been crucial in moving the organization forward. Matthew joined the ARMLS team in 2009, after years of supporting ARMLS subscribers while working for the Supra lockbox company. It was during this time with Supra that he developed a strong foundation in real estate, data, and ARMLS Subscriber needs. As CEO, Matthew has used that foundation to fuel his passion of providing best in class customer service and industry leading data quality. These have become the cornerstone as ARMLS works to build a roadmap for the MLS of the future. Supporting Matthew in these efforts are his wife of 28 years and his four sons. Together, they enjoy traveling, movie nights, and football. 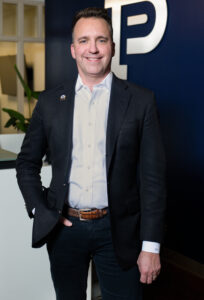 Hagan Stone has been a licensed REALTOR® in Tennessee since 1999. He is a Partner/Managing Broker with PARKS in Nashville in their 82 member Green Hills office. Hagan was president of Greater Nashville REALTORS® in 2014 and president of Tennessee REALTORS® in 2020. He is currently serving as the 2022 REALTOR® Party Director for NAR. Hagan is an RPAC Platinum R Major Investor and a member of NAR’s RPAC Hall of Fame. He and his wife, Laura, live in Brentwood, TN and are parents of two active teenagers, Catherine and Dawson. 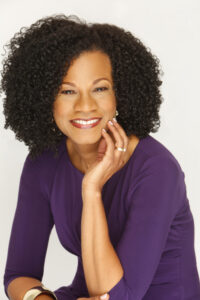 Juanita is an international speaker and educator. Every year her training firm delivers over 200 seminars to entrepreneurs, corporate employees, and associations across the globe. A former engineer and global sales executive, she speaks on topics such as communication, goal setting, and technology.

Businesses and associations that have hired Juanita include LG, the CDC, and the U.S. Chamber of Commerce. Her expertise has been published in Fast Company magazine and the Investor’s Business Daily.

Juanita is a YouTube Partner with 3 million views on her videos. She’s also a member of the National Speakers Association and she volunteers as a Technology Partner for Habitat for Humanity. 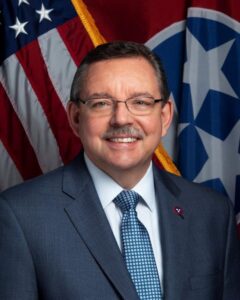 Ralph Perrey is the Executive Director of the Tennessee Housing Development Agency. Appointed in November 2012 following nine years’ service on THDA’s Board of Directors, he is now the longest-serving executive director in the agency’s history.

His tenure as THDA’s Executive Director has seen the agency revamp its mortgage products and down payment assistance program; establish its own loan servicing division, and base THDA staff regionally to better interact with partners across the state. 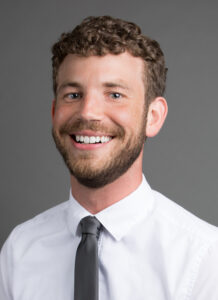 Lee Pfund is the Managing Brokers for VILLAGE’s main office located at 2206 21st Ave South. Prior to joining VILLAGE, Lee was Assistant Managing Broker and Training Director for Crye-Leike in Franklin.
A Memphis native, Lee started his real estate career in the Bluff City with Keller Williams in 2006, eventually managing REO/foreclosure and investment property. In 2013, he relocated to Nashville and worked with Keller Williams in Green Hills until moving to Crye-Leike.
Lee has a bachelor’s degree from the University of Memphis and is a graduate of Greater Nashville REALTORS® 2017 Leadership Academy. Active with the Greater Nashville REALTORS®, he has served on the Board of Directors, Legislative Committee, RPAC Committee, and YPN Council. He has served on TN Realtor’s Board of Directors, Diversity & Inclusion Committee, and Co-Chair of the 2022 Forms Committee. He is a Silver, Gold, and Platinum winner of Greater Nashville Realtor’s Awards of Excellence. He is a Golden R for RPAC. 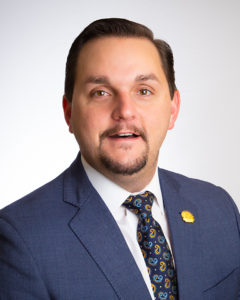 He is a 2006 graduate of Gleason High School and a 2009 UT-Martin graduate with a bachelor’s in Agriculture.

He is married to Kate Moore Bynum, and they have one daughter, Roane Alexandra. 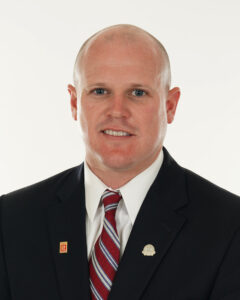 Will Sliger serves as a 2022 Division 3 Vice President representing the Eastern Division for Tennessee REALTORS®.

A Native of Morristown, Will has been licensed for 12 years and is a licensed broker with LeBel Commercial Realty and a member of the Lakeway and Knoxville Area associations of REALTORS®. At LAAR he has served as Treasurer, Vice President, and President; and as a Chair and/or Vice Chair of RPAC, Budget, YPN, and Nominating.

On the state level, Will serves on Finance committee and previously as Vice Chair of Commercial Forms.

In the Community, Will has served on the Board of the Chamber of Commerce and Rose Center Council for the Arts. 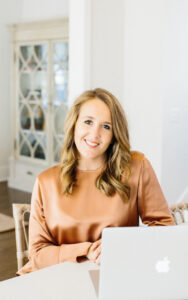 Kyle was immersed in the real estate industry at a young age as the daughter of Melissa and Andy Clough. In 2012, she became a licensed agent and joined The Clough Team at Keller Williams Realty. In that time, she has received her Accredited Buyer Representative (ABR) designation and CLHMS with the Luxury Home Marketing Institute. In 2019, she received her Managing Broker’s licensed, and in 2020, together with her family opened their boutique brokerage Clough Team Realty.

Kyle has been involved with her local associations in various capacities including serving as YPN Committee Chair for two years, a member of the Board of Directors, Professional Standards Committee, Budget Committee, RPAC Committee and is a Crystal R investor. In 2019 she served as the WCAR Board President, and in February 2020, she was awarded WCAR Realtor of the Year. She has also served with her state association, TN Realtors, in various capacities including the Strategic Thinking Committee, Professional Standards Committee and as an RPAC Trustee.

She volunteers her time and gives financially to her Church and Hope House International. She lives in Franklin with her husband, two dogs, two horses, and cat. 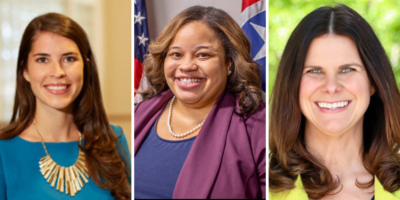 Anna Matlock – TREC –  Associate General Counsel, Tennessee Real Estate Commission – Anna Dmia Matlock is a lifelong Nashvillian and Associate General Counsel for the Tennessee Real Estate Commission. A proud product of Metro Nashville Schools, Anna graduated from Hume-Fogg Academic Magnet High School and continued her education earning a Bachelor of Arts from Belmont University and a Doctor of Jurisprudence from the University of Tennessee’s College of Law. After passing the bar, Anna worked at a small private law firm primarily focused on family law, contractual disputes, and consumer protection issues. In the spring of 2018, she joined the Tennessee Department of Commerce and Insurance and is responsible for advisory services, rulemaking, various legislative duties, complaint review, as well as the enforcement and litigation matters for five (5) of Tennessee’s occupational licensing regulatory boards.