Latest From The Blog

Be a Champion of Fair Housing

In April, and throughout 2018, Tennessee REALTORS® is commemorating the 50th anniversary of the Fair Housing Act, which was passed as Title VIII of the Civil Rights Act of 1968.

The act said “there shall be no discrimination in the acquisition, ownership, possession, or enjoyment of housing and guarantees for each citizen that critical, personal element of choice in the selection of their home.”

As your president and a fellow REALTOR®, I believe this is a good time to reflect on a half-century of fair-housing developments, while dreaming of what is possible in the next half-century to make homeownership a reality for even more Tennesseans.

I would encourage you to join us in marking this milestone. Much progress has been made in U.S. and Tennessee housing since the act was passed, but much remains to be done.

This anniversary presents an opportunity for all of us to refresh our knowledge and awareness of this vital area in our industry and our business. Fair-housing matters are very serious and are often the most problematic if something is done contrary to the law.

Here are three ways that you might choose to focus on fair housing this month:

Here are several other resources that you might consult:
U.S. Department of Housing and Urban Development (HUD)
Tennessee Human Rights Commission (THRC)

This year I am asking our members to consider “crossing a bridge” toward greater success and involvement. Becoming a champion and an advocate for fair housing is one such bridge that you might cross in 2018.

If you take that first step across, you’ll be glad you did. 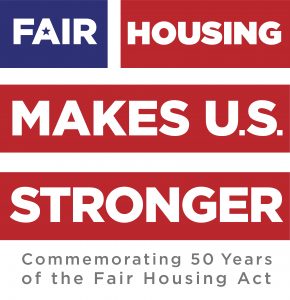