Despite uncertain market and economic conditions, demographic trends in America point to strong overall housing demand over the next decade, according to The State of the Nation’s Housing 2017, a report from the Joint Center for Housing Studies at Harvard University. The center’s Chris Herbert laid out key parts of the report during last week’s 2017 THDA Governor’s Housing Conference in Nashville. (Tennessee REALTORS® is proud to be a sponsor of the conference.)

Among other findings:
— “National home prices now exceed their previous peak (2007) in nominal terms, but not in real dollars.”
— “Historically low construction over the past decade has contributed to market tightening.”
— “Minorities will drive most future household growth (to 2025 and 2035).”
— “The homeownership gap has narrowed for Hispanics and Asians but widened for blacks.”
— “More than 11 million renter households pay at least half their incomes in housing.” 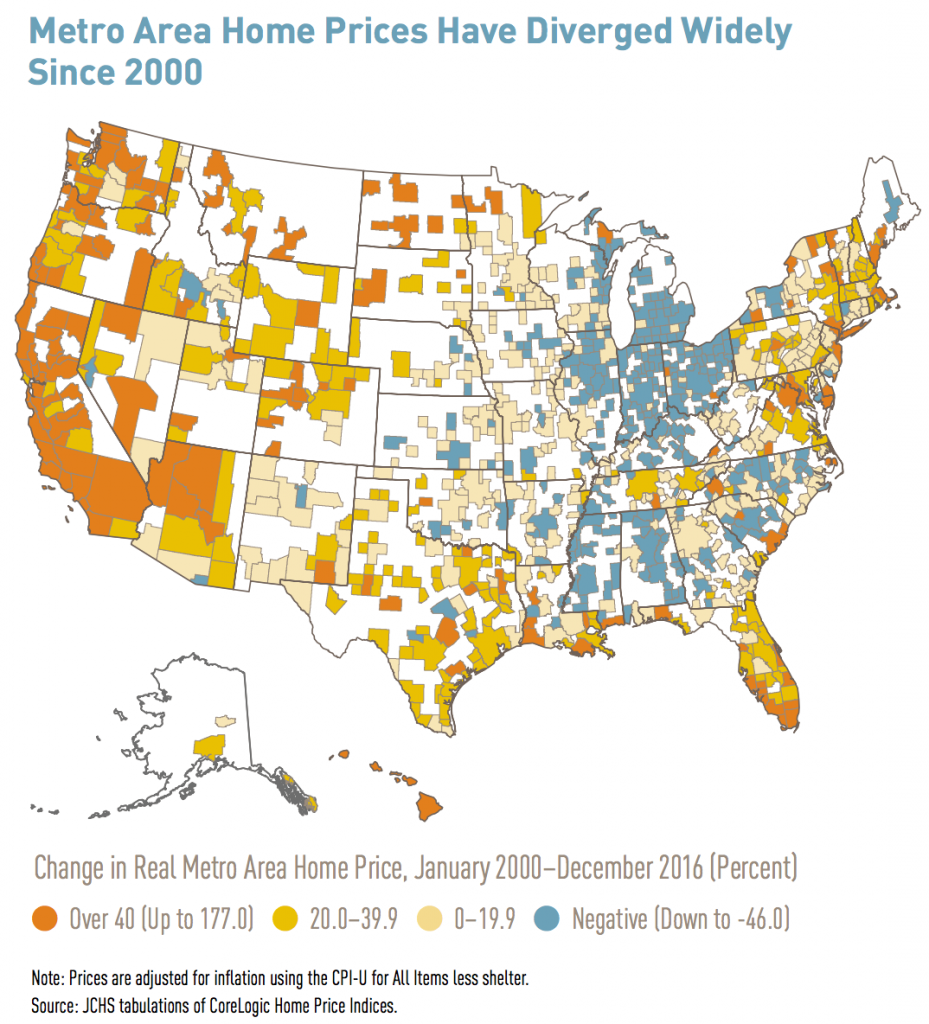